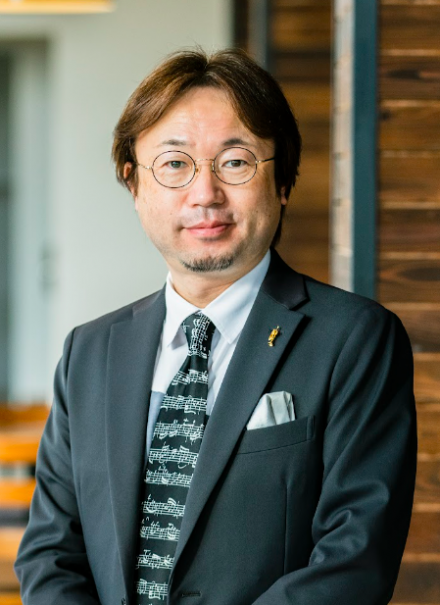 Koji Muto graduated from Aichi Prefectural University of the Arts, Japan where he studied under Naohiro Tsuken, formerly the principal trumpet player of the NHK Symphony Orchestra. He went to the US in 1995 to pursue a Diploma at Peabody Institute, Johns Hopkins University, studying under Edward Hoffman who played in the Baltimore Symphony Orchestra. He won third place at the National Trumpet Competition in Washington, D.C. in 1996. Muto then went on to complete his postgraduate degree at the University of Maryland with a scholarship, studying under Chris Gekker. In 2002, he relocated to New York City, performing throughout the East Coast while teaching at the Long Island Conservatory of Music, before returning to Japan in 2003. Muto has been active as a trumpet player with Nagoya Philharmonic, New Japan Philharmonic, Baltimore Symphony Orchestra, Annapolis Symphony Orchestra and more. He also founded the Muto Company Brass Quintet, a group which has held concerts in Japan and China. At the same time, he retained links with the Bach Sinfonia and Ensemble Mosaic in Washington, D.C., and took a lead role in the long-running Theatre-on-the-Hill production Link. In 2001, he toured 30 US cities in 15 states as a member of Cornerstone Chorale and Brass.